Are we being seduced by speculations?

As I urged you when I was going to Macedonia, remain at Ephesus so that you may charge certain persons not to teach any different doctrine,  nor to devote themselves to myths and endless genealogies, which promote speculations [ζητἠσεις] rather than the stewardship from God that is by faith.  The aim of our charge is love that issues from a pure heart and a good conscience and a sincere faith.  Certain persons, by swerving from these, have wandered away into vain discussion,  desiring to be teachers of the law, without understanding either what they are saying or the things about which they make confident assertions.

The Apostle Paul viewed controversy or speculation as very dangerous and not to be tolerated. A not-so-small contingent of the American church is caught up in just this problem and has been for the past few years. All of what I am here concerned about is political in nature.

I need to make myself very clear. I believe Christians, especially in a democratic form of government, should involve themselves in the civic processes. So the controversies and speculations I will write about do not nullify the appropriateness of Christians exercising all of their democratic citizenship rights.

Let’s look at three other brief passages where Paul speaks to the issue of controversy or speculation, the Greek word zetesis, defined by Thayer’s Lexicon as a subject of questioning or debate, a matter of controversy.

If anyone teaches a different doctrine and does not agree with the sound words of our Lord Jesus Christ and the teaching that accords with godliness,  he is puffed up with conceit and understands nothing. He has an unhealthy craving for controversy [ζητἠσεις] and for quarrels about words, which produce envy, dissension, slander, evil suspicions,  and constant friction among people who are depraved in mind and deprived of the truth, imagining that godliness is a means of gain.

So flee youthful passions and pursue righteousness, faith, love, and peace, along with those who call on the Lord from a pure heart.  Have nothing to do with foolish, ignorant controversies [ζητἠσεις]; you know that they breed quarrels.

The saying is trustworthy, and I want you to insist on these things, so that those who have believed in God may be careful to devote themselves to good works. These things are excellent and profitable for people.  But avoid foolish controversies [ζητἠσεις], genealogies, dissensions, and quarrels about the law, for they are unprofitable and worthless.

The controversies or speculations in these four passages are not over the same thing. The first passage deals with doctrinal problems involving genealogies and myths that promote speculations. The second is about false teaching around financial gain from godliness. These people have an unhealthy craving for controversy. The third admonition has to do with “foolish, ignorant controversies.” Paul tells Timothy, “you know they breed quarrels,” and goes on to say, “the Lord’s servant must not be quarrelsome…” This violates godly character. Finally, Paul urges Titus to encourage the saints to give themselves to good works because they are excellent and profitable. But foolish controversies are…unprofitable and worthless.

The point of this is that regardless of their source, speculation and controversy produce all sorts of negative results; quarrels, which produce envy, dissension, slander, evil suspicions,  and constant friction.

Go back a little over a year ago, and the constant source of friction in the body of Christ was the hype around President Trump. As we know, some hate him, and some love him. The anti-Trump faction began to create the image of the Christian Nationalist, which, in their view, could not be faithful to the gospel because Christian Nationalists worship Trump and not Jesus. To any objective observer of Christian society, this is ludicrous on its face. While Trump supporters are largely passionate about his support, it is not Trump that they support so much as Trump’s ideas for governance…make America Great Again; restore many of the policies that made America a strong and pro-Christian country. But, the Trump-worshipping Christian Nationalist claims stuck in some circles. And, has produced what Paul said it would, quarreling among believers.

The more recent controversies include the 2020 election results, the Biden administration, and the whole story around COVID-19; to vaccinate or not, mask or not, worship in a building or not, and sing or not. These have produced “sides” within the Christian community, and with virus variants popping up, the fear remains. There is evidence that these vaccines are truly harmful to many people. There is the failure of logic that says that people who have had COVID, and thus have superior immunity to that gained through a vaccine, are still required to be vaccinated in some jurisdictions. The point doesn’t seem to be immunity and the good of the population but, “get the vaccine jab.”

All of this is exacerbated by censorship by Big Social Media. Now, hardly anyone I know trusts the CDC, NIH, and any other initialed government entity to speak the truth. Experts who tell a different story are silenced and in many instances lose their employment. And, of course, there is the hypocrisy of government officials who propagate one set of rules but do not apply them to themselves.

There is a lot to get worked up about, and the above is just what I came up with off the top of my head while writing this article.

My objective in this article is not to take sides or try to navigate through the different positions. My objective is to redirect Christian energy. These are important topics. Some of them are life and death issues, if not life and health issues. Some impact the whole of the United States and its political future. These are important topics and deserve sound thought and action. I am looking for perspective.

These areas of controversy and speculation are temporal. Real, and important, but temporal. As followers of Jesus, we have a worldview that does not ultimately value temporal things. Eternity is still at stake for millions of people who are far from God.

Jesus told us to seek first his kingdom, and all of these things (temporal things) would be added to us. My concern is that we are not putting the seeking of the kingdom of God as of utmost importance. As measured by our mental, physical, and spiritual energy use, are we placing an ultimate value on temporal things? Are our energies taken up with what some consider conspiracy theories?

The issue is one of perspective. Jesus gave us three specific commands that should drive our lives. 1. Love the Lord with all of your heart, mind, soul, and strength. 2. Love your neighbors as yourself. 3. Go therefore and make disciples of all nations, baptizing them in the name of the Father and of the Son and of the Holy Spirit, teaching them to observe all that I have commanded you. And behold, I am with you always, to the end of the age. I suppose one could place all of the above controversies under the heading of loving my neighbor as myself, then they would only be subheadings. They would not be of utmost importance.

What is of ultimate importance is the top line of the three commands. I know that some believers are becoming distraught and are living in despair with their awareness of the evil of this present evil age. This despair is the result of inordinate attention being given to speculations and controversies. When our focus is on God, his beauty, his holiness, his promises, and his love, our hearts do not despair.

This is a hard article to write. I do not want to minimize the challenges we face as Americans and as humans. They are genuine challenges, and there are huge ramifications to what happens next. So, I empathize with those who are captivated by these issues. I want to warn those whom Satan is deceiving; do not take your eyes off the Sovereign God we serve. Worship God and make disciples of Jesus. Keep things in proper perspective. When you feel the weight of the heavy load, give yourself to extraordinary prayer and worship. Jesus says he will carry your load for you. Let him take it.

Rejoice in the Lord, and again I say rejoice. 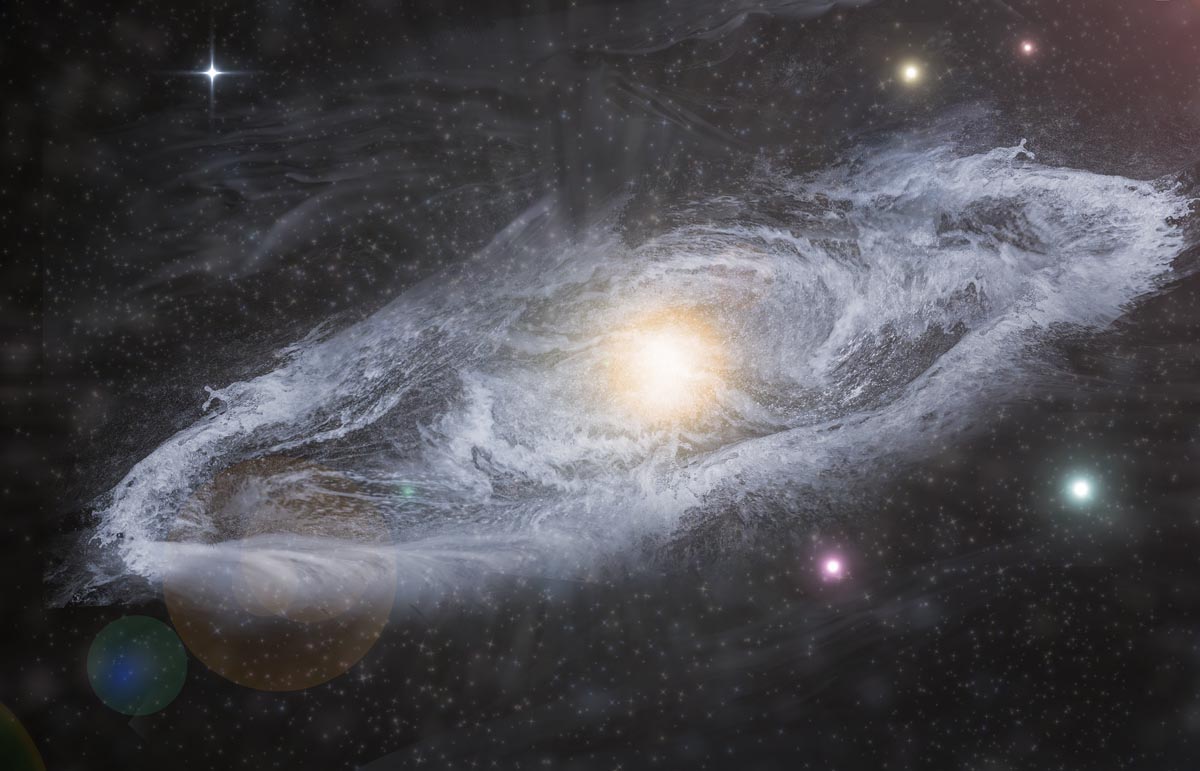 Suffering: the spiritual gift we would rather not receive 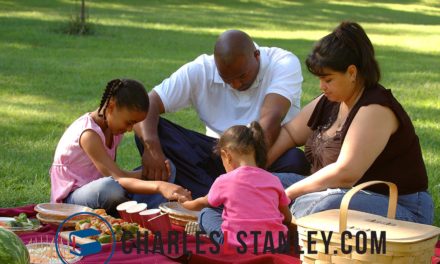 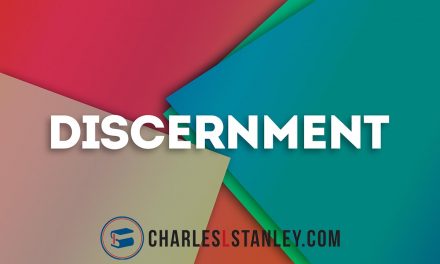 Love can be misguided