The strongholds of the west

Then a demon-oppressed man who was blind and mute was brought to him, and he healed him, so that the man spoke and saw. 23 And all the people were amazed, and said, “Can this be the Son of David?” 24 But when the Pharisees heard it, they said, “It is only by Beelzebul, the prince of demons, that this man casts out demons.” 25 Knowing their thoughts, he said to them, “Every kingdom divided against itself is laid waste, and no city or house divided against itself will stand. 26 And if Satan casts out Satan, he is divided against himself. How then will his kingdom stand? 27 And if I cast out demons by Beelzebul, by whom do your sons cast them out? Therefore they will be your judges. 28 But if it is by the Spirit of God that I cast out demons, then the kingdom of God has come upon you. 29 Or how can someone enter a strong man’s house and plunder his goods, unless he first binds the strong man? Then indeed he may plunder his house. 30 Whoever is not with me is against me, and whoever does not gather with me scatters.

Jesus said we cannot plunder the strong man unless we first bind the strong man. In the grand historical-redemptive picture, I believe Jesus spoke of his life, death, and resurrection that defeated Satan and his minions, thus allowing sinful humans to be set free, i.e., plundered from Satan’s kingdom of darkness. I also believe there is a more localized application in which we, the Lord’s church, have to battle to enforce the victory won by Jesus by binding the localized strongholds that afflict local regions and, ultimately, individuals within that region. This is a battle in the spirit realm, something hard for most rationalized westerners to believe. In direct terms, we are battling with demon spirits.

When thinking of demonic strongholds, most of us in the Western church think of missionaries facing witchcraft and local shamans, etc. Those who practice the dark arts and cast spells. These are accurate impressions of demonic strongholds. And, we generally don’t see that kind of spiritual activity in the United States and other Western nations. Consequently, we make the assumption that we are not faced with such demonic strongholds.

Missionaries who have served in lands filled with blatant idolatry like India and nations in Southeast Asia and return to the United States have a different story to tell. It was a bit of a surprise when I first heard the report from these missionaries that contrary to what most of us would expect, they report that the demonic strongholds they observe in the United States are stronger than those in the nations of their mission assignments.

The United States is not filled with obvious idolatry. We don’t have giant statues of Buddha, and Shiva, Ganesha, and Krishna on every corner. We don’t have Buddhist Temples where child sacrifices take place regularly, as my friend observed in Nepal recently. So, how is it that missionaries return to the United States and state that our strongholds are more significant than these other nations?

Our strongholds are camouflaged. They aren’t as open and in-your-face. Also, we are caught in the deception of these strongholds, and by definition, if we are deceived, we don’t know it. So, what are these invisible strongholds that keep us from a powerful and intimate walk with God?

Last week I watched a Zoom presentation by Harry Brown, President of New Generations. This mission organization has catalyzed 129 disciple-making movements, planting 79,862 churches with 1,858,531 new believers worldwide. Harry had some crucial things to say about strongholds in the United States. He named the following list that has been identified by missionaries: affluence, arrogance, independence, disobedience, distractions, and a prevailing mindset that is characterized by the attitude that “it’s not my responsibility.”

Our strongholds don’t look like strongholds. Most of this list looks like what it is to be a good American citizen. But these attitudes are anathema to the moving of the Holy Spirit. Is affluence sinful? No, but our attitudes toward affluence may be.

But those who desire to be rich fall into temptation, into a snare, into many senseless and harmful desires that plunge people into ruin and destruction. 10 For the love of money is a root of all kinds of evils. It is through this craving that some have wandered away from the faith and pierced themselves with many pangs.

As for the rich in this present age, charge them not to be haughty, nor to set their hopes on the uncertainty of riches, but on God, who richly provides us with everything to enjoy. 18 They are to do good, to be rich in good works, to be generous and ready to share, 19 thus storing up treasure for themselves as a good foundation for the future, so that they may take hold of that which is truly life.

Those who want to be rich can become distracted by their lust for wealth. Those who are rich can become haughty arrogant), have an attitude of independence, and become distracted by the enjoyment of their wealth. Isn’t it desirable for an American to be ambitious and ready to work hard to get ahead? Isn’t an accumulation of wealth one of the marks of success? Yes, it usually is. Are these things wrong? No. This is why our strongholds are so camouflaged. They are hidden in desirable things. The bondage isn’t in wealth or hard work; the bondage is in the attitudes toward them. They supplant kingdom values.

Another massive stronghold for Western Christians is disobedience. There are obvious examples like the fact that the divorce rate among Christians is not much different from that of non-Christians. That ought not to be so. But this stronghold goes much deeper and is less obvious. The vast percentage of what goes under the name “discipleship” in the United States looks nothing like the kind of discipleship Jesus implemented. Jesus-style discipleship is not knowledge-based but obedience-based. Of course, his discipleship did involve knowledge, but that knowledge anticipated obedience to it, not just mental assent. Disobedience is possibly the most significant point of weakness in the American church. We love to learn but hate to do. But we only gain spiritual maturity when we obey all that Jesus commanded us to do. Matthew 28:18-20

These strongholds are ways of thinking or perceiving our world. Paul writes that we are to have our minds renewed and for us to not be conformed to this world but transformed by the renewing of our minds. We must look to this list of strongholds and ask the Holy Spirit to tell us where we are in bondage to any of these strongholds personally. From what do we need to repent? From what bondage do we need to be set free? Pray over this list and see what the Holy Spirit will show you.

As he shows you your sin, repent and ask for His forgiveness, then walk free in Christ, free from the strongholds that bind you today. Be set free through the truth of God’s word and God’s Spirit. This freedom will allow us to participate in a tremendous disciple-making movement here in the United States. Repentance is the first step to freedom in Christ from the bondage of these strongholds. Then, as we are freed from the mindset that “it’s not my responsibility,” we will begin to move in obedience to Jesus as ordinary believers who become disciple-makers. 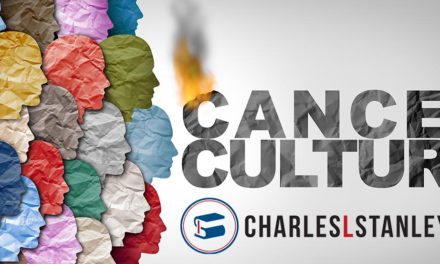 It’s not time to shut up. 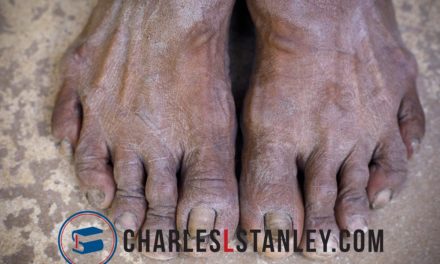 Will you do what it takes to be a disciple of Jesus? 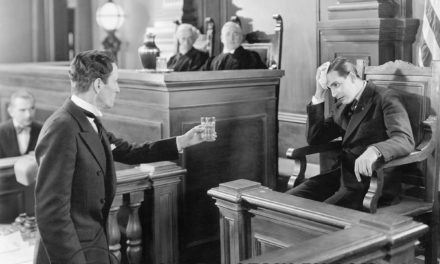 One who witnessed the resurrection is still alive. 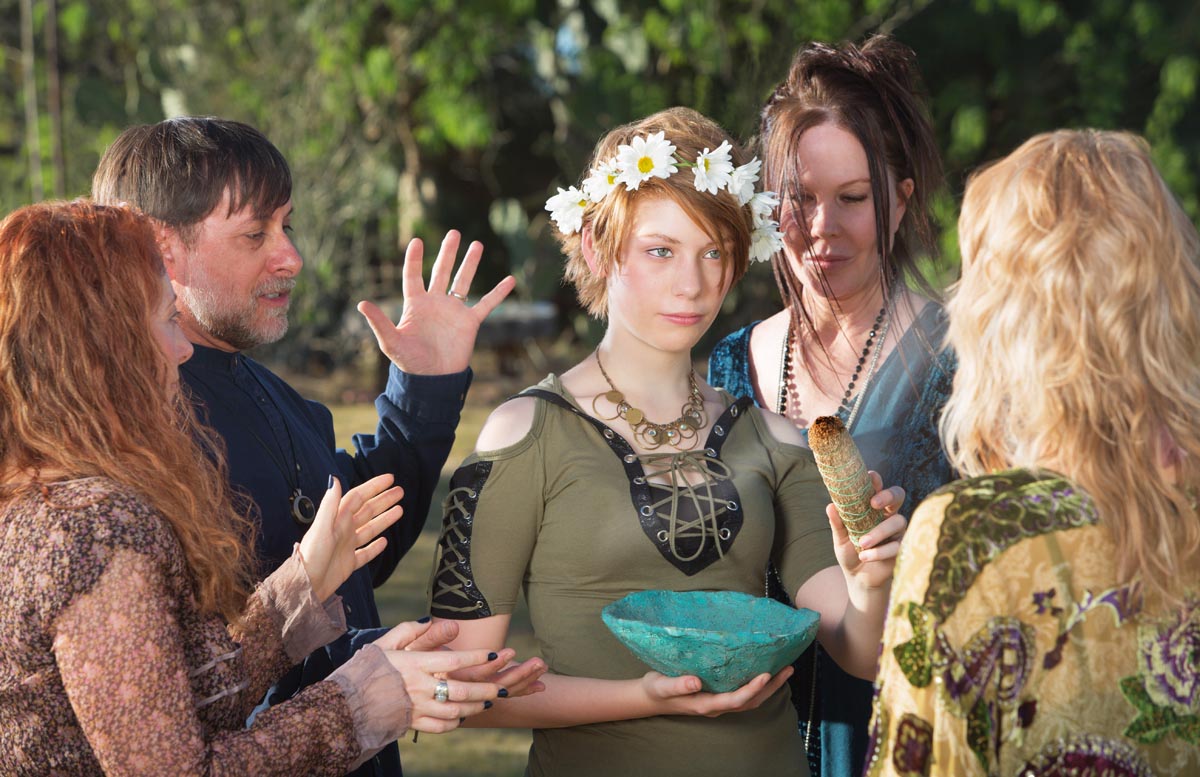 Are you qualified to see the light?