“You shall not make for yourself a carved or any likeness of anything that is in heaven above, or that is in the earth beneath, or that is in the water under the earth. 5 You shall not bow down to them or serve them, for I the Lord your God am a jealous God, visiting the iniquity of the fathers on the children to the third and the fourth generation of those who hate me, 6 but showing steadfast love to thousands of those who love me and keep my commandments. – Exodus 20:4-6

The Lord passed before him (Moses) and proclaimed, “The Lord, the Lord, a God merciful and gracious, slow to anger, and abounding in steadfast love and faithfulness, 7 keeping steadfast love for thousands, forgiving iniquity and transgression and sin, but who will by no means clear the guilty, visiting the iniquity of the fathers on the children and the children’s children, to the third and the fourth generation.”  – Exodus 34:6-7

How could an all loving God allow babies to suffer? …allow innocent people to die in an earthquake? …allow diseases to ravage good people?

The problem with this question is that the premise is wrong. God is not all loving, that is, love is not all God is. There is infinitely more to God than just being loving.

To be a bit theological here, God is not limited to our human understanding. He is infinite and has the qualities of character that go along with being infinite. We don’t fully understand all there is to God. We only know what he has chosen to reveal to us. So, to limit his character to an extremely narrow definition of a single characteristic makes him like a cardboard image of a human entertainment character. Get your picture taken with Elvis! It is only a single dimensional caricature.

God has revealed himself to be a jealous God. Lots of people think this is a bad character trait. God is jealous because he loves his own people and desires their faithfulness the same as a new groom desires the faithfulness of his new bride. If God were a single-character God of love, wouldn’t it follow that he would also be a God who could be jealous?

The two passages from Exodus quoted above reveal not only the “side of God” that is loving but also the side that is jealous. Exodus 20:4-6 contains the second of the ten commandments. It forbids creating idols of things from the heavens, the earth, and the sea. That is another way to say; it forbids worship of the creation. It also defines those who worship the creation as hating God, the creator. He will visit the iniquity of the fathers on…those that hate me. Then, in the same sentence, “but showing steadfast love to thousands of those who love me and keep my commandments.”

Exodus 34 reverses the order of revelation and shows God’s love and faithfulness first followed by the fruit of his jealousy visiting the iniquity of the fathers to their children to the third and fourth generation.

What we who challenge God’s character fail to realize is that we all fall under the curse of those who worship the creation until, of course, we don’t. This is the good news of Christmas. God sent his son to take upon himself our guilt for our worshipping the creation rather than the creator. I deserve to fall under the curse of the third and fourth generation of the sins of my father except for one important fact. Somewhere back in my family line one of my ancestors received the gospel of Jesus Christ and received the love of God in Christ. Now, I am the recipient of God’s steadfast love and faithfulness to a thousand generations. I don’t mean by this that I haven’t personally had to repent and believe the gospel, I have. I confess that I don’t fully understand this revelation of God’s character except that his faithfulness to those who love him and keep his commandments far exceeds the accountability of the sins of the fathers to the third and fourth generations. I might add that those who have parents who worship the creation can escape the guilt the same way I did, by repenting and believing the gospel.

Christmas is the time of good news. God demonstrated his love to us in that while we were still sinners he sent his son to die for us. 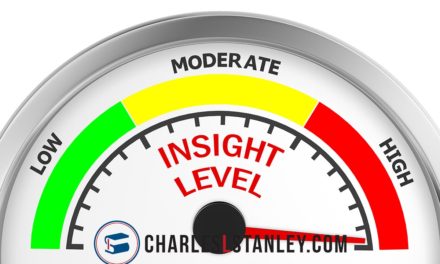 The motivational gift of insight (prophecy)

To circumcise or to not circumcise, that is the question 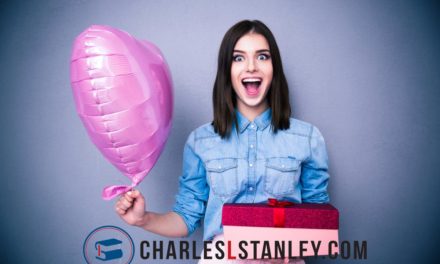 The many sides of the gift of grace