The gospel as the great equalizer

Let the lowly brother boast in his exaltation, 10 and the rich in his humiliation, because like a flower of the grass he will pass away. 11 For the sun rises with its scorching heat and withers the grass; its flower falls, and its beauty perishes. So also will the rich man fade away in the midst of his pursuits.

Every human society has its lower class and its upper class. Human society is not “fair” as some count fairness. There are myriad reasons for someone winding up in the lower, middle, or upper class. Political activists have always tried to level the playing field with the goal of eliminating the lower class by raising them up and sometimes by taking down the upper class. Multitudes have died in the inevitable conflicts that come from such attempts to bring utopia into the human experience. For example, the attempts of the communist revolutions around the globe in the twentieth century.

The gospel of Jesus Christ brings a very different approach. The gospel brings people into the Kingdom of God which changes all the rules for society. Everyone is equal before God. All are sinners who require the righteousness of Christ to be put to their credit. No one has anything to boast of other than the grace of God.

James’ application of this truth is for the person who is poor is for them to boast in his exaltation. How is he exalted? He is now a joint-heir with Christ of all the promises of the New Covenant. He is now indwelt by the Holy Spirit. He is now an Ambassador of Christ, the Son of God, the Creator of all that is. He lives an exalted life. It is a life lived by faith.

When they stand before God, both the poor man and the rich man are poor beggars who have nothing to commend them to God other than the gift of faith they have received from God. The gift of saving faith that allows them to trust in the finished work of Christ.

“For God so loved the world, that he gave his only Son, that whoever believes in him should not perish but have eternal life. 17 For God did not send his Son into the world to condemn the world, but in order that the world might be saved through him. 18 Whoever believes in him is not condemned, but whoever does not believe is condemned already, because he has not believed in the name of the only Son of God.

Are you a poor man? Boast in the exaltation you have received in the Lord Jesus Christ.

Are you a rich man? Do not trust in your riches or your social position. One day you will wither and fade away. Be sure your trust is in the Lord Jesus Christ and not your riches, influence, or social connections. Boast only in the Lord. 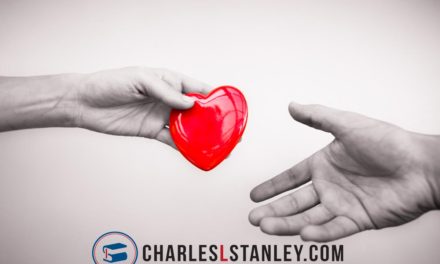 The uniqueness of the message of grace

Have you been challenged by love?