How not to respond to God

Jacob left Beersheba and set out for Harran. 11 When he reached a certain place, he stopped for the night because the sun had set. Taking one of the stones there, he put it under his head and lay down to sleep. 12 He had a dream in which he saw a stairway resting on the earth, with its top reaching to heaven, and the angels of God were ascending and descending on it. 13 There above it stood the Lord, and he said:

“I am the Lord, the God of your father Abraham and the God of Isaac. I will give you and your descendants the land on which you are lying. 14 Your descendants will be like the dust of the earth, and you will spread out to the west and to the east, to the north and to the south. All peoples on earth will be blessed through you and your offspring. 15 I am with you and will watch over you wherever you go, and I will bring you back to this land. I will not leave you until I have done what I have promised you.”

16 When Jacob awoke from his sleep, he thought, “Surely the Lord is in this place, and I was not aware of it.” 17 He was afraid and said, “How awesome is this place! This is none other than the house of God; this is the gate of heaven.”

18 Early the next morning Jacob took the stone he had placed under his head and set it up as a pillar and poured oil on top of it. 19 He called that place Bethel, though the city used to be called Luz.20 Then Jacob made a vow, saying,

“If God will be with me and will watch over me on this journey I am taking and will give me food to eat and clothes to wear 21 so that I return safely to my father’s household, then the Lord will be my God 22 and this stone that I have set up as a pillar will be God’s house, and of all that you give me I will give you a tenth.”

Jacob is one of the best examples of how not to respond to God. Many of us have the Sunday School image of Jacob as being a great man of God since God often refers to himself as, “The God of Abraham, Isaac, and Jacob.” Jacob is considered one of the “fathers” of the faith.

Let’s take a closer look at Jacob’s responses to his encounter with God at Bethel. First, Jacob was not seeking God when his “Jacob’s ladder” experience took place. He was actually on the hunt for a wife. He was headed for Uncle Laban’s house where he was to find one of Laban’s daughters to become his wife. It’s the end of the day, Jacob is obviously exhausted after his day of travel. How do I know he was exhausted? You tell me, how could anyone who wasn’t exhausted lay down with a stone as a pillow and go to sleep? Jacob had obviously not heard of “MyPillow.”

The Lord appears to Jacob in a dream along with a flock of angels going up and down a stairway to heaven and makes a pronouncement. Let’s take a good look at this pronouncement.

The first sentence in verse 13 is, “I am the LORD, the God of Abraham, your father and the God of Isaac.”

God then proceeds to make the now-famous land promise, “The land on which you lie I will give to you and to your offspring.” Then God promises immense multiplication of Jacob’s children and following generations.

Then God promises Jacob that he will be with him, and keep him wherever he will go. And, God will not leave him until he has done what he has promised to Jacob.

How do you think you might respond if the LORD were to appear to you in a dream or vision and speak such marvelous promises to you?

At first Jacob’s response look admirable. He acknowledges that God was here and he didn’t know it so he worships. “How awesome is this place? This is none other than the house of God, and this is the gate of heaven.” But there is something wrong with this response. Jacob seems to be revering the place and not the God of this place. Now to give Jacob a little grace, it was the general understanding of pagan gods that they were territorial. Gods ruled over certain people and places. The idea that there was one God who rules over all people and places just wasn’t the mindset of the general population. So, it seems Jacob’s understanding had been tainted by the folks around him. This place, which he named Bethel, was where God lived so he erected an altar to God who lives at this place.

Now let’s compare Jacob’s prayer to what God had just spoken to him.

Jacob: “…so that I come again to my father’s house in peace…” verse 21

God: “…and will bring you back to this land. For I will not leave you until I have done what I have promised you.” verse 15

Jacob makes a vow following this marvelous word from God and begins it with, “If.” “If God will…”

Notice that when Jacob promises a full tenth of all God gives to him he will give to God, this was not God’s idea, it was Jacob’s. Some may want to say this was Jacob’s gratitude, but I beg to differ. I believe this was Jacob-the-con-man coming out. He was bargaining with God, not submitting to God. You give me this and I will give you that. Remember it was later on that Jacob wrestled with God and his name was changed to Israel. Jacob’s entire “vow” was a negotiating tactic with God, not a good thing to do. Jacob couldn’t simply submit to the grace of God and accept God’s promise as his grandfather Abraham had done.

Compare this to the response of a young teenager a few centuries later.

“And Mary said, ‘Behold, I am the servant of the LORD; let it be to me according to your word.”

Mary didn’t doubt (although she did ask how the promise was to be accomplished since she wasn’t married yet). Mary simply submitted herself and her future to the word of the Lord.

When we receive the word of the Lord, that is the Scripture promises, do we start out with an “If, ” or with a “be it unto me according to your word?”

Let me challenge you as to how you read the word of God. I am as thrilled with further and sometimes new understanding of God’s word as anybody, I suppose, so don’t misunderstand what I am writing now as being against more and fresher understanding of God’s word, I love that. However, real growth in faith, growth into the image of Christ, takes place when we obey what we learn. I challenge you to begin consciously reading the Scripture with the question in mind, “What did I read or learn today that I should obey and exactly how should I obey it?” Be precise so you can determine later whether or not you have obeyed Jesus. Don’t just say, “I will be more forgiving.” But instead, “The next time my sister borrows my clothes without getting my permission, instead of ragging on her, I will forgive her.” Now, that you can measure. In that situation did you obey Jesus and forgive?

There is a multitude of promises to us in God’s word, I encourage you to take the stance of Mary and say, “Be it unto me according to your word.” 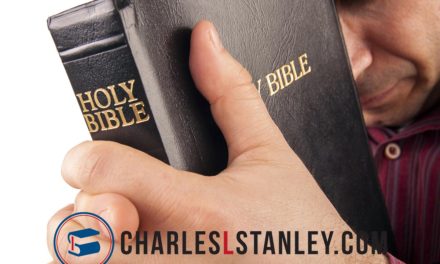 In demonstration of the Spirit and of power: a call to prayer and fasting 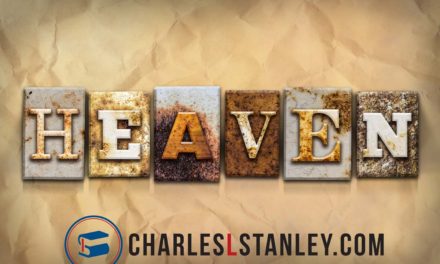 Why is it so hard to produce Utopia? 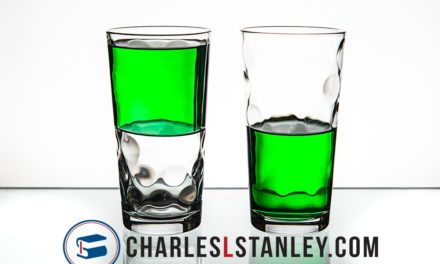 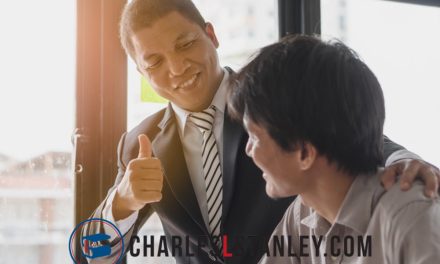 The motivational gift of exhortation